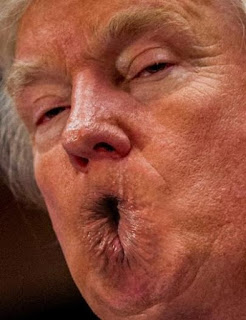 Donald Trump has nominated half of his cabinet so far, and every single elected official is against LGBT rights.
So it might not come as a surprise that a senior Republican has said the next administration will roll back President Barack Obama’s executive orders to protect the LGBT community.
Obama has signed executive orders outlawing discrimination based on sexual orientation and gender identity, as well as one providing guidance to schools urging to not discriminate against trans students.
The Trump administration will be able to remove these executive orders to allow homophobic legislation to pass.
A senior Republican, Oklahama Representative Steve Russell, is hoping to pass the Russell Amendment that would allow people to discriminate against LGBT people based on religious beliefs.
And he told Buzzfeed he expected the administration to roll back LGBT rights and allow the amendment to pass.
He said: ‘These issues will be resolved, and we have gotten some very good assurances moving forward. I am certainly encouraged by the signs that I am getting from the administration that is inbound.’
While he said he has gotten ‘very positive signals’, he refused to be drawn on on specifics.
Democratic Senator Richard Blumenthal, who opposed the Russell Amendment, has said this is just the beginning.
‘Let us be clear: the fight against bigotry, intolerance, and discrimination does not end with the Russell Amendment,’ he said. ‘Our government should have no part in funding discrimination — not now, not tomorrow, and not next year.’
‘In the aftermath of this presidential election, we must be even more vigilant in our efforts to protect the fundamental right of all Americans to equal protection under the law,’ Blumenthal added.
Trump has not commented on Russell’s claims.
Posted by Ulf Raynor at 5:22 PM