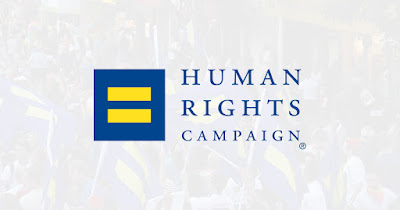 Internet giant, Google, has removed an app which promotes ‘gay conversion’ therapy.
Apple, Microsoft and Amazon removed the app by Living Hope Ministries months ago. But until Thursday, Google refused to remove it from its Play store. It had been downloaded about 1,000 times, but Google argued it did not violate its terms of service.
Gay conversion therapy is a discredited pseudo-science. It claims to ‘cure’ a person’s sexuality or gender identity through medical interventions or therapy.
But a Change.org petition signed by 140,000 and the removal of Google from a LGBT Equality Index forced the company to respond.

‘After consulting with outside advocacy groups, reviewing our policies, and making sure we had a thorough understanding of the app and its relation to conversion therapy, we’ve decided to remove it from the Play Store, consistent with other app stores,’ a Google spokesperson told Axios.
LGBT rights group, Truth Wins Out, started the petition to convince Google to remove the app.
‘This is what people power looks like, when 140,000 people can convince one of the largest companies in the world to take a bold stand against the dangers of ex-gay therapy,’ said Michael Jones, managing director of campaigns at Change.org.
‘This was the perfect storm of online pressure and institutional activism from the LGBT movement, and tonight supporters can claim a big win in convincing tech companies to stand up for equality.’
The US’ leading LGBT advocacy group, Human Rights Campaign, congratulated Google for dropping the controversial application.
‘We applaud Google for making the right decision to pull this app from their online store,’ said HRC president, Chad Griffin.
‘So-called conversion therapy is a debunked practice that’s tantamount to child abuse and is proven to have dangerous consequences for its victims.

‘Google and other platforms that have pulled this app are taking an important step to protect LGBT youth.’
Posted by Ulf Raynor at 3:23 PM