An American think tank has made a string of extraordinary claims about homosexuality, including that it is more dangerous than global warming, as it gears up for a month long campaign attacking same-sex marriage. 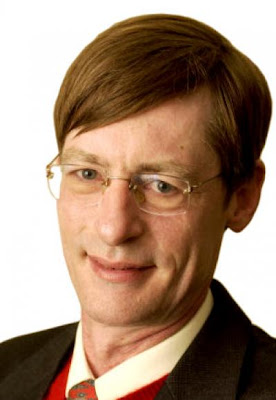 A far-right American think tank has compared the ‘second-hand risk’ of homosexuality to that of smoking and drug abuse, and declared it more dangerous than global warming as part of a campaign to protect marriage from the LGBT community.
The Center for Marriage Policy made the claims ahead of declaring September 'Protecting Marriage Month.’
‘Public policy must discourage promiscuity and homosexuality for the same reasons we discourage drug abuse and smoke,’ a flyer produced by the group reads.
‘Schools and advocacy groups must teach children to avoid this lifestyle.’
The Center’s president David R Usher claimed that contraception and sex education were causing teenagers to take up homosexuality.
‘When our kids go to school they hear all day long “Don’t do drugs” … and in sex education class we teach them how to have gay sex and how to use condoms,' Usher told WND news.
Usher said that this encouraged children to be sexually active while avoiding pregnancy which steered them towards homosexuality, before older homosexuals would then ‘mentor’ them into the gay lifestyle.
Usher said that because officials did not treat homosexuality as a disorder they were forced to spend ‘vast sums of taxpayer monies taking care of ill and dying individuals.’
Usher claimed that the American Psychiatric Association had only declassified homosexuality as an illness because it had been taken over by homosexuals, and said homosexuality was more dangerous than global warming - which he didn’t believe in anyway.
‘Gay advocates now controlling the American Psychiatric Association created false science far more dangerous than [former US Vice President] Al Gore’s debunked global warming theories.’
The group has called for the re-criminalization of homosexuality.
‘We must rescind irresponsible homosexual public policy from the law books across the board and discourage homosexual behavior,' Usher said, 'We must not allow pansexuals to take of the conservative movement.’
What can one say when confronted with such profound, willful stupidity and an ignorance only dwarfed by self righteous arrogance?
Truly, these people are in serious need of mental help, they are not only a danger to themselves but too society at large.
What's worse, these people are allowed too breed and have children...   maybe, instead of licensing marriage rights, we should be pushing for licensing ones qualifications for parenting.
Posted by Ulf Raynor at 7:26 PM