Log Cabin Republicans refuse to endorse Donald Trump but are still willing to work with him. 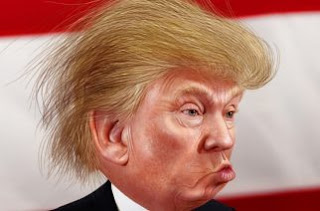 Presidential nominee Donald Trump does not have the support of the Log Cabin Republicans. The LGBT political group made its announcement today (22 October).
‘Mr. Trump is perhaps the most pro-LGBT presidential nominee in the history of the Republican Party,’ the organization said in a statement. ‘His unprecedented overtures to the “LGBTQ community”—a first for any major-party candidate in our nation’s history—are worthy of praise, and should serve as a clarion call to the GOP that the days of needing to toe an anti-LGBT line are now a thing of the past.’
However, LCR is concerned about the people the GOP leader has at his side.
‘As Mr. Trump spoke positively about the LGBT community in the United States, he concurrently surrounded himself with senior advisers with a record of opposing LGBT equality, and committed himself to supporting legislation such as the so-called “First Amendment Defense Act” that Log Cabin Republicans opposes.’
While not mentioned in the statement, Trump’s running mate Mike Pence has a history of standing for anti-gay equality measures. Last year, the Indiana governor signed the Religious Freedom Restoration Act into law. It allows businesses, and individuals, in the state to deny services to LGBT people.
In 2000, when running for a seat in the House of Representatives, Pence argued funds from the Ryan White HIV and AIDS Program should be redirected to ‘gay cure’ organizations.
Last month the businessman/reality star named Rick Santorum as an adviser. The former Pennsylvania senator’s entire political career is based on an anti-LGBT agenda. In 2003, he argued consensual sex that was not heterosexual could lead to a legal ruling allowing ‘man on child, man on dog, or whatever the case may be.’
He’s railed against Obergefell v. Hodges, the 2015 US Supreme Court decision that made same-sex marriage legal in all 50 states.
The First Amendment Defense Act (FADA)  is intended to prevent federal government action against individuals and businesses that oppose same-sex marriage on religious grounds. The bill would also allow businesses to withhold benefits from LGBT employees; allow companies to deny time off to an employee to care for a same-sex spouse; and permit housing discrimination against same-sex couples.
If Trump wins the White House, LCR promises ‘to work with his administration to ensure the advances in LGBT freedom we have fought for and secured will continue. Until and unless that happens, our trust would be misplaced.’
From now until Election Day, 8 November, the group promises to help the party hold majorities in the House of Representatives and Senate.
Posted by Ulf Raynor at 2:15 PM