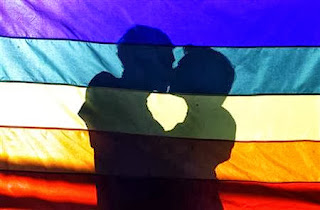 A lesbian couple together 25 years was the first to file a request for a marriage license after a North Carolina official said that he would being accepting such requests.
According to the AP, Buncombe County Register of Deeds Drew Reisinger accepted the request from Brenda Clark and Carol McCrory on Tuesday morning. Additional couples, many together for decades, followed.
Reisinger has said that he will withhold his signature from the applications until he is given permission by Attorney General Roy Cooper.
Cooper said Monday that he supports gay marriage but is committed to defending a constitutional amendment limiting marriage to heterosexual unions approved by 61 percent of voters last year.
Reisinger said that he would forward the marriage license requests to Cooper's office.
According to the 2010 U.S. Census, Buncombe County has the highest percentage (1.2%) of same-sex couples of any county in the state.
As part of the Campaign for Southern Equality's We Do Campaign, launched in 2011, gay and lesbian couples routinely ask for and are denied marriage licenses in several Southern states, including North Carolina.
The group tweeted that “Over 100 people came to support these couples as they stand up for justice.”