Luck Of The Irish 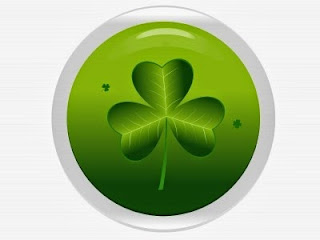 A day after voters headed to the polls, both sides in Ireland's same-sex marriage debate acknowledge that heavily Catholic Ireland will become the first country in the world to approve such unions through a public vote. The only question that remains is by what margin.
High voter turnout appears to have helped the “yes” side.


Leo Varadkar, Ireland's health minister who came out gay during the campaign, said that Dublin voters overwhelmingly backed the measure
“We're the first country in the world to enshrine marriage equality in our constitution and do so by popular mandate,” he said. “That makes us a beacon, a light to the rest of the world of liberty and equality. It's a very proud day to be Irish.”
The AP predicted a “resounding” victory, while other outlets described it as a “landslide.”
All of Ireland's major political parties endorsed a yes vote, as did many political figures, including Prime Minister Enda Kenny.
“For gay sons&daughters, brothers&sisters, family&friends, Yeats said it best, 'Tread softly because you tread on my dreams.' #MarRef,” Kenny tweeted on Friday.
In offering “warm congratulations,” Mothers & Fathers Matter, a group which campaigned against passage, suggested that allowing gay couples to marry would harm children.
“We offer our warm congratulations tot he YES campaign on their victory,” the group said. “Today's result was achieved by the Government after they issued certain promises about surrogacy, adoption, and a range of other issues. A lot of voters believed those assurances and they must now be kept.”
Posted by Ulf Raynor at 1:39 PM