When First We Practice To Deceive... 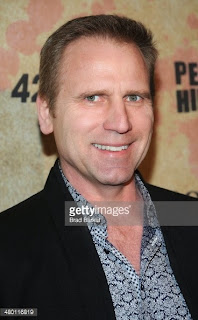 Out hotelier Mati Weiderpass no longer appears to be sorry for hosting homophobia presidential candidate Ted Cruz and slammed 'gay extremists' who attacked him on social media.
Weiderpass and business partner Ian Reisner own the OUT NYC Hotel and 80% of the commercial property in Fire Island's Pine, as well as other venues patronized by LGBT people.
Weiderpass initially defended his decision to host Cruz, a vocal opponent of LGBT rights and gay marriage.
Weiderpass and Reisner later issued separate apologies for their 'terrible mistake' but LGBTI protesters gathered outside their hotel anyway in late April.
'Since hosting a discussion with Texas Senator Ted Cruz in my home, I have been inundated with hateful, biased social media messages, and attacks from gay extremists (do I dare say the word?) who demand inclusion, but do not believe in dialogue,' Weiderpass wrote in a op-ed published Sunday (10 May) in the New York Observer.
'I know in my heart that these attacks do not represent the rich culture and diversity of the gay community. Yet, in our community, as in so many others, the most vocal often dominate the conversation. I hope this op-ed will help heal wounds and continue necessary progress and discussion.'
Weiderpass denied that he organized the discussion, and that it was a fundraiser or an endorsement. 'What would we say if the Jewish community organized a boycott of a business leader who hosted a private discussion with an important Muslim politician? We know the answer,' he wrote. 'I am a longtime leader of my community – and proud of who I am and what I have accomplished. 'Boycotting me for a discussion? Since when have we grown so small and intolerant?'
The next chapter for the advancement of gay rights will require even more support from across the aisle, as many State governments are controlled by Republicans. Although some would like it to be, being gay is not a political affiliation. (For the record, I am a registered Democrat).

Yeah, sure it wasn't a fundraiser, Cruz just wanted too reach out to the gay community out of the kindness of his heart.
Yeah, sure he did.
As for Mati stating he's a Democrat...
Here's a pic from awhile back of Ol' Mati at a fundraising check presentation ceremony/awards for the Republican Eagles of the Republican National Committee, of which, Mati was one of the organizers.
He may very well be registered as a democrat (for public appearance sake) but his and his partners financial support is most definitely Republican centered.
Ya know Mati...everyone can use google and see who you guys have thrown your financial support behind. 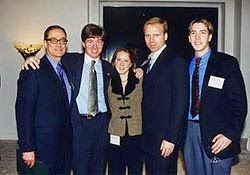 Comparing Jews protesting Muslims is not the same thing. We are protesting our own who are working with the enemy. Mati you are as relevant as Dolce & Gahanna in the LGBT community now.