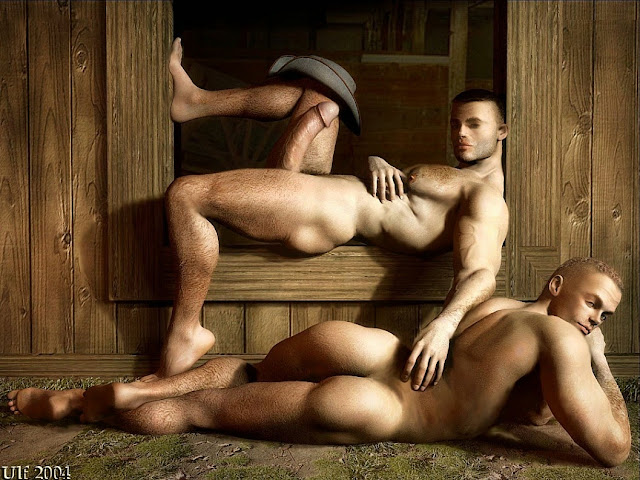 the Hennessy twins were, you know, sort of dim. One spanner short of a toolbox. Boss Rogers was happy to take them on though when they reached 18, nominally to shovel hay about and all that

but their real job was to strip off at night and be available for the guys. Rogers knew his men. There were fewer fights and disputes when the hands were dumping their testosterone into the Hennessys for a dollar a pop

he found that the twins had testosterone of their own though when they tied his old woman to the bed, slapped her tits around and put her up the duff

he gave them a good whipping and sent them down south. A couple of months later she walked out on Boss Rogers, and went looking for the two boys who’d given her the time of her life that hot afternoon in July. She found them in New Orleans, and they pimped her out