God Does Have A Sense Of Humor: 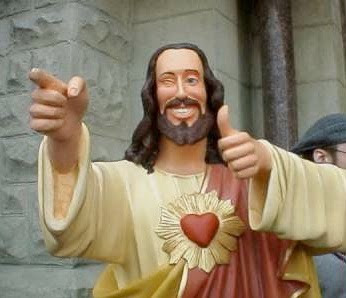 Representative Ralph Hall, intended to attend a reception hosted by a fellow lawmaker, but inadvertently walked into a reception being held by the Gay and Lesbian Victory Fund, a PAC aiming to elect LGBT politicians, when he took a wrong turn in the Rayburn House Office Building.

Those in attendance thought something was a little strange when Hall appeared, MetroWeekly Political Editor Justin Snow tweeted a picture with the caption “He seems to be lost”.
The Texas congressman spent some time talking to the hosts of the event, and other guests, and enjoyed a drink, before asking the whereabouts of the colleague he was expecting to be hosting the event.
At the point he asked the whereabouts of the former congressman he thought he was honouring, and was informed that he had come into the wrong room, he left promptly.
After the event, Hall said: “When I inquired about the congressman being honoured, the sponsor did not know anything about that reception and presented his card.
“At that moment I realised that this was not the reception I intended to attend, and I put down my glass, thanked the sponsor, and told him we would be leaving,” said Hall, reports Gawker.
“Many of those in attendance probably were surprised to see me walk in, but were not surprised to see me leave quickly.”
90-year-old Hall, is both the oldest serving member of Congress, and the oldest person ever to serve in the House of representatives.
Posted by Ulf Raynor at 9:45 PM