All Remaining Members Of HIV/Aids Council Fired By Trump Whitehouse 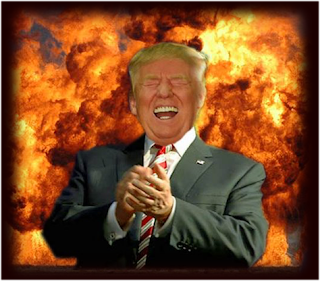 The White House on Wednesday terminated all members of the Presidential Advisory Council on HIV/AIDS (PACHA).
According to the Washington Blade, no explanation was given for the move.


Six members resigned in June to protest President Donald Trump's inaction on the epidemic, leaving 16. The remaining members were fired in a letter.
Scott Schoettes was among those who resigned in June.
“No respect for their service,” tweeted Schoettes, a senior attorney at Lambda Legal. “Dangerous that #Trump and Co. (Pence especially) are eliminating few remaining people willing to push against harmful policies, like abstinence-only sex ed. #WeObject #PACHA6 #Resist”
Gabriel Maldonado, CEO of the California-based LGBT and HIV/AIDS group Truevolution, speculated that the terminations were based on “ideological and philosophical differences” with the administration. Maldonado was among the 16 members terminated this week.
Maldonado said it was common for new administrations to make new appointments on PACHA, but he questioned why Trump waited a year.
“I think where the discrepancy comes in is why a year later,” he said.
In his World AIDS Day proclamation, Trump failed to mention LGBT people, one of the groups most affected by the epidemic.
Posted by Ulf Raynor at 11:53 AM

Trump sucks and he and Pence need to sit down in a corner --i.e., BYE FELICIA. impeach IMPEACH IMPEACH.

What could be said that would not get me into trouble, but I'll carry those that I have lost in my Heart forever.