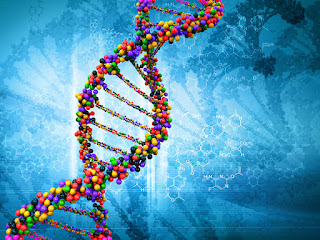 Genes are linked to people’s sexuality, scientists have discovered.
Researchers have said they found there are differences in gay men’s DNA compared to straight men.

This is the largest study exploring genetic data and how it affects sexuality.
Comparing the genetic data of more than 1,000 gay men and 1,000 straight men, it found there was a difference around the genes SLITRK5 and SLITRK6.
These genes are important for brain development. It is also crucial in the region of the brain that produces your sex drive.
Previous studies have shown parties of it are up to 34% larger in gay men.
‘Because sexuality is an essential part of human life – for individuals and society – it is important to understand the development and expression of human sexual orientation,’ said lead author Dr Alan Sanders, from North Shore University in Illinois.
‘The goal of this study was to search for genetic underpinnings of male sexual orientation, and thus ultimately increase our knowledge of biological mechanisms underlying sexual orientation.

‘What we have accomplished is a first step for genome wide study on the trait, and we hope that subsequent larger studies will further illuminate its genetic contributions.’
So does this mean that we have finally solved that nature vs nurture debate?
Some scientists disagree, suggesting sexuality is linked to multiple other factors.
Prof Robin Lovell-Badge, Group Leader at The Francis Crick Institute, said: “The topic of this paper is important if we are to learn more about the influence of genes on aspects of our behavior, but this is one that is notoriously difficult to study.
‘Even if a gene variant does show some correlation with sexual orientation, this does not mean that the gene is in any way responsible for being gay – it just means it has some association with a trait that is more likely to found in the relatively few people involved as subjects in the study.

‘This could be better social awareness or being brave enough to acknowledge that they are in a minority.’
Posted by Ulf Raynor at 3:17 PM