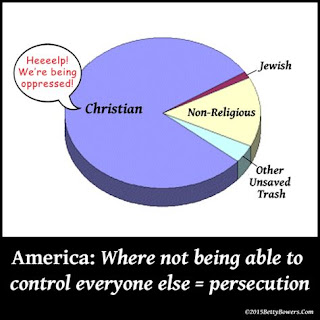 Colorado has an anti-discrimination law in place for public businesses, but does this violate Phillips’ First Amendment rights? That is what the justices will be deciding.
As the US Supreme Court currently stands, there are four liberal leaning judges and four conservative leaning judges. The liberal judges are Ruth Bader Ginsburg, Elena Kagan, Sonia Sotomayor, and Stephen Breyer. The conservative judges are Chief Justice John Roberts, Clarence Thomas, Samuel Alito, and the newest judge, Neil Gorsuch.
This leaves, as per usual, Anthony Kennedy as the swing vote.
Kennedy penned the majority opinion in Obergefell v. Hodges, which paved the way for marriage equality in the US.
During arguments today, he showed sympathy for the LGBTQ community. According to former counsel and SCOTUSblog editor Amy Howe, he said that denying services would be ‘an affront to the gay community’.

However,  he also took the position that Colorado did not show tolerance for Phillips’ religious beliefs.
Later on in the arguments, Kennedy asked  Colorado Solicitor General Frederick Yarger, representing the state in the case, about the following statement made by an unnamed CCRO member.
The member stated that ‘religion has been used to justify all kinds of discrimination throughout history’. They further added that to them, ‘it is one of the most despicable pieces of rhetoric’.
Kennedy posited that if this member made his decision in the case based on a hostility to religion, the judgment was compromised.

He further told Yarger that ‘tolerance is essential in a free society’. It appears Kennedy believes this tolerance should go both ways — towards the LGBTQ community and religious individuals — which makes it unclear how he’ll vote.
One fear civil rights advocates have if they find in favor of the bakery is how far this will go.
As Justice Breyer stated during arguments, it could ‘undermine every civil rights law since year 2’.
Depending on where the court draws the line, the ruling could extend beyond bakeries and the LGBTQ community.
Lawyer Roberta Kaplan, who represented the late Edith Windsor in United States v. Windsor, about this case. She also filed an amicus brief in the Masterpiece Cakeshop case. 12 leading scholars of religious liberty and constitutional law joined her.
‘As today’s oral arguments made clear, the Masterpiece Cakeshop case is not about either religious liberty or free speech,’ she said. ‘It  is about whether a business can treat certain groups of Americans as second-class citizens.’
She recalled her grandmother telling her about ‘No Jews Allowed’ signs in hotel when she and her husband honeymooned in the South in the 1930’s.
‘Fortunately, Supreme Court precedent since then dictates that religious freedom does not exempt business from civil rights laws,’ she suggested. ‘And a bakery is not exercising its right to free speech when it agrees to sell a cake to one set of customers, but refuses to sell the same cake to others.

‘A ruling in favor of the baker here would presage a return to the days of Jim Crow, but this time for our LGBT friends, neighbors and family members.’