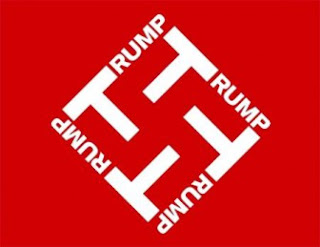 Nearly one-third of Donald Trump’s judicial nominees have anti-LGBT records, according to Lambda Legal.
The advocacy organization released a report on Wednesday (20 December) detailing Trump’s impact on the justice system.
When Trump assumed office at the start of the year, he had over 120 judicial vacancies to fill. So far, he’s made 59 nominations. The Senate has confirmed 18, 12 of which are circuit court judges and 6 are district court judges.
Of the 59 nominations, nearly one in three possess anti-LGBT records.
As Lambda Legal explains, ‘While several of these nominees are anti-LGBT activists who have openly denigrated LGBT people and families, others have more quietly undermined LGBT rights and protections.’

The organization has also publicly opposed 16 of the nominations.
The most alarming factors at work are Trump’s speed of nominations and lifetime appointments.
At this point in their presidencies, Barack Obama had confirmed 3 circuit court judges, George W. Bush had confirmed 5, and Bill Clinton had confirmed 3. All totaled, they are less than Trump’s nominations so far.
Furthermore, these positions are lifetime appointments. Should things continue along the same pace, this poses a serious threat to LGBT people in the United States.
Lambda Legal describes it as ‘ a judicial catastrophe for LGBT people’.
‘The federal judicial landscape is growing increasingly hostile to LGBT people,’ they posit.

At the conclusion of their report, they have links to thorough examinations of Trump’s nominees and their records.
Posted by Ulf Raynor at 5:59 PM