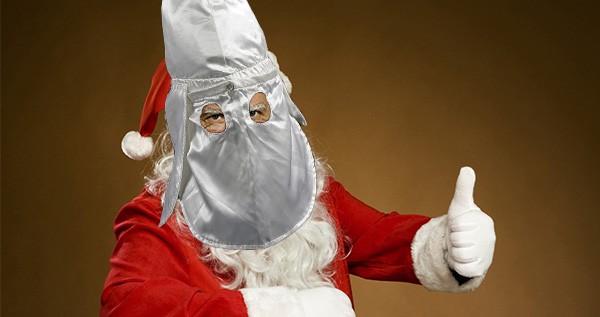 From Pink News:
The Trump White House has excluded LGBT and black reporters from its annual media Christmas party.
It is the first time since President George W. Bush that LGBT reporters have been left off the invite list, and the first time in 20 years that black groups have been excluded. ﻿
Chris Johnson, the chief political and White House reporter for the Washington Blade, one of the world’s oldest LGBT publications, is among those uninvited.
The first Mr Johnson knew of his awol invite was over Thansgiving.
“My first reaction was I assumed it must have been an oversight,” Mr Johnson told The Independent.

After emailing White House officials, he was passed between numerous spokespeople, none of which could answer his question.
“It is consistent with the White House press secretary not calling on me during the on-camera press briefings,” he told the newspaper, noting that he had been called on just twice in the last six months.
He believes that the issue over the invite is “just kind of consistent with the policy of the administration to exclude LGBTQ people”.
April D Ryan, the White House correspondent and DC bureau chief for American Urban Radio Networks, who is black, was also excluded from the invite list.
“I don’t think I was overlooked,” Ms Ryan told the Washington Post of this year’s party.
“I think they don’t like me. For whatever reason, they have disdain for me.”
Ms Ryan had been invited for the previous 20 years.
Reporters from the New York Times, Washington Post and Politico have been invited as usual.
CNN, however, has opted to boycott the event this year.
A spokesperson for First Lady Melania Trump said: “As with Christmas parties in past administrations, this is off the record.
“This is not meant to be a news event, rather, it is an opportunity for the media and their guests to enjoy a reception at the White House this Christmas season.”
It’s not the first time Trump has ignored the LGBT community in recent days.
President Trump gave a statement to mark World AIDS day that somehow does not feature a single mention of the LGBT community.
In a signed statement on the White House website, President Trump has said: “Today, on World AIDS Day, we honor those who have lost their lives to AIDS, we celebrate the remarkable progress we have made in combating this disease, and we reaffirm our ongoing commitment to end AIDS as a public health threat.”
Trump continued: “Since the beginning of the HIV/AIDS epidemic, more than 76 million people around the world have become infected with HIV and 35 million have died from AIDS.

“As of 2014, 1.1 million people in the United States are living with HIV. On this day, we pray for all those living with HIV, and those who have lost loved ones to AIDS.”
This statement stands in comparison to President Obama’s final World AIDS Day address where he urged then President-elect Trump to maintain HIV/AIDS prevention work and highlighted the impact of HIV on the LGBT+ community.
As LGBT+ people are disproportionally affected by HIV/AIDS, previous presidents have used their World AIDS Day proclamations as an opportunity to reach out to the LGBT community.


President Obama explicitly mentioned the LGBT+ community in his 2016 statement, saying: “In the United States, more than 1.2 million people are living with HIV.
“Gay and bisexual men, transgender people, youth, black and Latino Americans, people living in the Southern United States, and people who inject drugs are at a disproportionate risk.”
Unlike Democratic Presidential candidate Hilary Clinton, Trump did not release any policy information regarding HIV/AIDS prevention during his campaign, prompting concern about funding early on.

President Trump’s failure to mention the LGBT+ community in this statement has been met with significant criticism.