Epic Fail: Children's Museum Demands Apology For Outcry Over Telling Gay Couple They're Not A Family 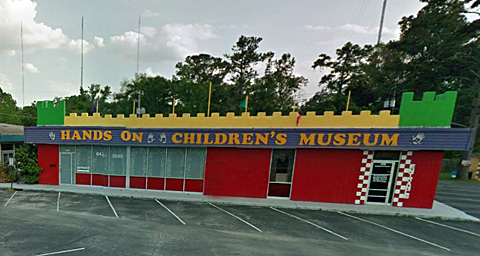 From The Towleroad:
In a move that surprised few, The Hands On Children's Museum of Jacksonville, Florida, which recently told a gay couple they were not a family, is now claiming to be the real victim of unfair treatment and is demanding an apology.
In a statement, the museum says it is being slandered with false accusations and is overwhelmed with the amount of outcry online and over the phone. The museum says it couldn't possible discriminate against anyone because its policies are not discriminatory:

The Jacksonville “Hands On” Children’s Museum has never discriminated against anyone. But in fact the “Hands On” Children’s Museum , it’s employees, the board members, the donators and sponsors, the director, the directors family and her husbands church are being discriminated against, attacked and threatened. The director was yelled at and screamed at and feels the Hands On Children’s Museum deserves an apology for how the museum is being treated. This is a children’s museum.
Oh the logic of bigotry.
They forgot one thing, explaining exactly what part in them refusing to recognize a gay family is false?
It's at moments like this, I like looking these  faux christians right in the eye and say: "Well ya know, hate the sin, love the sinner...we forgive you for being hypocritical, hateful bigots!"

It is sad that children are forced to deal with such bigotry. But, like so many of us, they will figure out what they want by finding what they don't. I will say that the saying should be "Love the sinner, forgive the sin", even though 'sin' is just a pious label for 'fighting our original, animal impulses' and that studies are finding that people who safely explore their 'nature' are actually better adjusted than those in denial. We are, after all, explorers. Have fun. B

I couldn't agree more B, and I agree about the "Love the sinner..."
But I've had the: "Love the sinner, hate the sin" thing thrown at me (and others) more times than I care to remember and yes, each and ever time it was said, it always came across as condescending as it sounds.
Usually my response has always been: "Shove your sanctimony up your ass."
But, hey, that's just me.