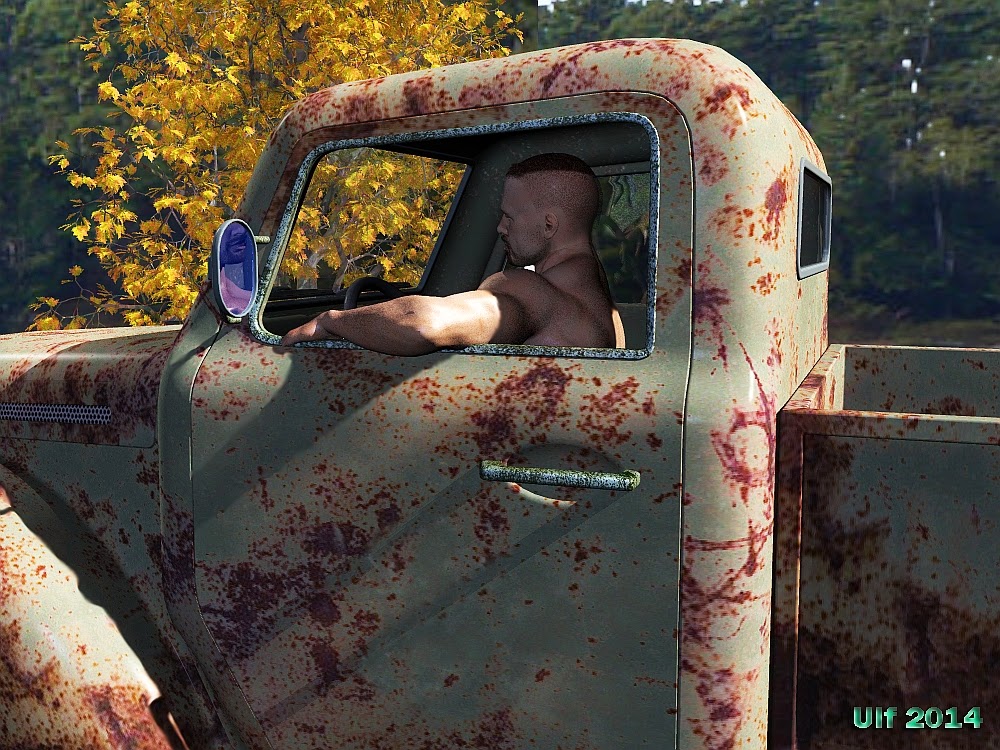 all the young married jocks in the district stopped here at some point as the month wore on. The driver would stare into the distance as the passenger door opened and someone would crawl in, keeping below the dashboard. The mystery sucker would empty the driver's balls smoothly and efficiently, with mouth action only, no hands, no words. The driver would keep staring at the distant hills, then close his eyes as he shot his manmilk into the hot, moustachioed mouth at his groin. Job done, the man would withdraw at the same low level as he had entered, the driver starting the engine up before the guy had shut the door. The truck would roar off, leaving the man with sperm in his mouth and dust in his face. He'd go into the bushes and jack off, taking care not to cum onto his cop uniform