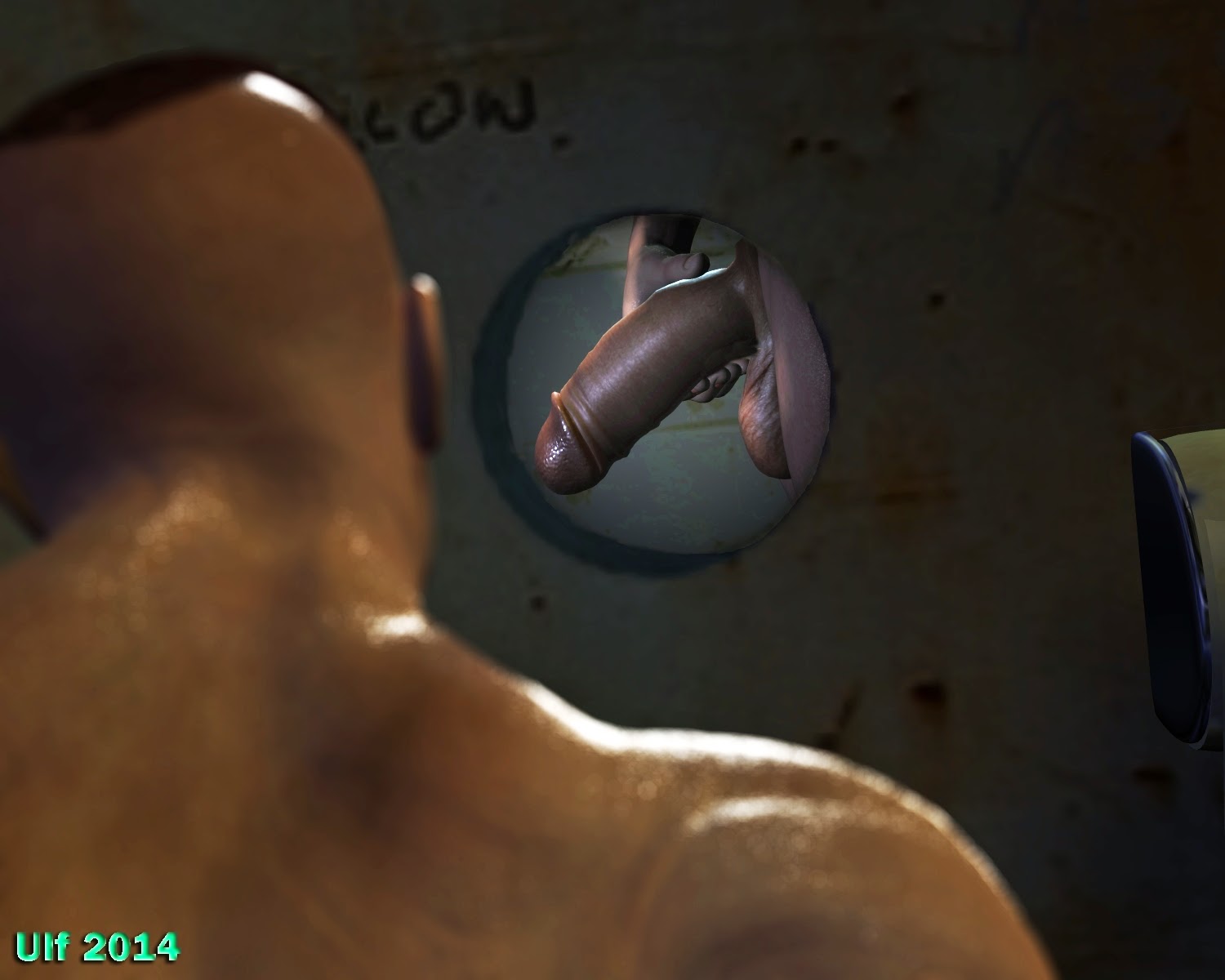 from where he was chained out back in a ruined workshop, the captured soldier had an unintended view of his captors' cocks as they pissed into a sluice they used as a lavatory. Sometimes one would stroke himself hard, thinking he was alone. Once there were two pissing side by side. When they stopped pissing they stopped their conversation. There was a pause, and then one took the other's tool in his hand. `Aw, no Gaz` the handled guy said to the other. `Please ..` he murmured, but he got hard. The other guy jacked him a little quicker. The wanked guy suddenly shuffled his legs wider, and ejaculated. The captive couldn't see that from his position, but he saw spunk running down the guy's cockshaft onto his jacker's hand. The guy's legs were still trembling, and the jizz ran down and dripped off his balls