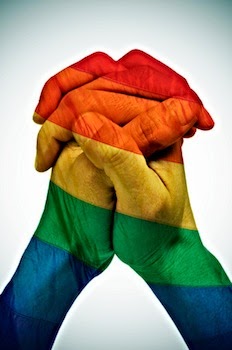 As the first case challenging the constitutionality of a state's ban on gay marriage to reach an appellate court, Thursday's arguments in Denver could have far-reaching implications.
Hundreds of people gathered outside the courtroom in a show of support for the three plaintiff couples asking the 10th Circuit Court of Appeals to affirm a lower court's ruling striking down Amendment 3, Utah's 2004 voter-approved constitutional amendment defining marriage as a heterosexual union.


It is the first of two similar cases the court is scheduled to hear. The court next Thursday will review a ruling striking down Oklahoma's ban.
Each side was given 30 minutes to argue its case before a three-judge panel. According to The Salt Lake Tribune, the judges appeared split, with Jerome A. Holmes, who is African-American, on the fence. Holmes asked how the ban is different from previous bans on interracial marriages.
The state argued that marriage was for two people who could procreate without the aid of a third party, claiming children benefit from being raised in a family headed by a mother and father.
Lawyers representing the state were criticized for a last-ditch effort to distance their case from research by Mark Regnerus of the University of Texas.
Utah asked the court in a letter filed Wednesday evening to disregard references in its written briefs to Regnerus' work.
“The state's principal concern is the potential long-term impact of a redefinition of marriage on the children of heterosexual parents,” lawyer Gene C. Schaerr wrote. “The debate over man-woman versus same-sex parenting has little if any bearing on that issue, given that being raised in a same-sex household would normally not be one of the alternatives available to children of heterosexual parents.”
With eight additional marriage equality cases teed up in various appellate courts, how the first case is decided could influence those outcomes.
Posted by Ulf Raynor at 5:25 PM