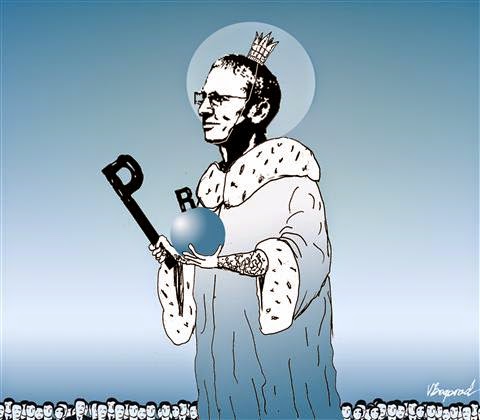 Latvia has banned a Russian actor from entering the country after he said gay people should be 'burned alive'.
Foreign Minister Edgars Rinkevics said Ivan Okhlobystin, the controversial former priest, would not be allowed to give a one-man show about religion in Riga on 7 November.
He said he would not be allowed to enter the country because of what the foreign minister referred to as hate speech. Rinkevics later added the entry ban was based on the actor's offensive statements about the LGBT community.
In December last year, Okhlobystin caused an international outrage after he said he would burn all gay people alive in the oven as they were a ‘living danger to my children’. And a couple of weeks later in January, he said the gay propaganda laws in Russia did not go far enough and called for a ban on sodomy to be introduced.
Okhlobystin, who made a short-lived bid for the presidency in 2011, campaigned on the policy of putting up a new Iron Wall around Russia to start a campaign of ‘cleansing’ and ‘rebuilding the Russian nation’.
Last week, he also said people who had died from Ebola would 'come back' as zombies. When people asked if he was joking, the actor added he was 'not joking' and had purchased a crossbow 'just in case'.

I bet he and Mel Gibson are best buds.
This man is a perfect example of what a bad religion can do too some people.