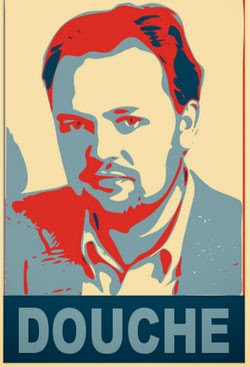 From Pink News:
Ross Douthat, a right-wing columnist for the popular newspaper, spoke at the ADF’s “The Price of Citizenship: Losing Religious Freedom in America” event last week.
The ADF argues that same-sex marriage is meaningless because gay couples cannot reproduce without a third person, and has offered free lawsuits to anyone dismissed from their job because of “their support of marriage”.
The group claims to uphold ‘Christian values’ but opposes even the most basic gay rights, including partnership protections, adoption, employment protections and hate crime laws. It also opposed the Boy Scouts allowing gay members.
Mr Douthat – who has previously spoken out against laws protecting gay people from discrimination – was to be honored at the event, but claims he was unaware of the nature of the event.
He told MediaMatters: “I was not aware in advance that this event was a fundraiser and had I known, I would not have agreed to participate.
“I was invited by an events organizing group, not by ADF directly.
“I understood this to be a public conversation about religious liberty. This is my fault for not doing my due diligence, and I will be declining the honorarium.”
Richard Rosendall of the Gay and Lesbian Activists Alliance said: “Douthat’s helping ADF raise money is disturbing.
“I am not inclined to jump all over the Times for it, as they feature a range of columnists and a columnist needs some room to say and do the wrong thing, and then be duly criticized for it.
“But ADF does not merely engage in polite disagreement. It is relentless in its attacks on equal protection of gay people and families.

“If this is the company that Douthat is happy keeping, it says unfortunate things about him.”

A more serious question would be, why bother apologizing?
Ross has made his stance well known, he's anti gay rights, anti-gay marriage, why try distancing your connection with this group when you agree with everything they do?
No matter what, Ross is a douche bag, hetero-supremacist and nothing he has done will changed that.
Posted by Ulf Raynor at 5:15 PM