Teacher in Sweden fired immediately after calling a student ‘fag’ 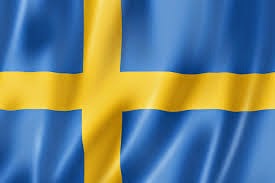 The unnamed Helsingborg schoolteacher was asked to take pictures of the new classes earlier this month.
According to Dagbladet, he allegedly shouted at one of the students: “Fag number one, you can stand over here.”
The principal told the paper: “When I found out what the photographer said, I felt that this required immediate action.
“He did not respect our values ​​and offended a student. As an adult, you must think about what you say to students.”
The man, who taught photography at the school, was summoned to the principal as the boy phoned his parents.
On a later meeting on the same day alongside the photography company’s CEO, the principal fired the teacher on the spot.
The CEO said: “He apologized to me but it did not help. I decided he must be let go immediately, which he understood.

“He broke the company’s rules ​​by speaking inappropriately. We can only apologize to the student involved. The matter is now settled.”

And that is how it's done.  Kudos to this Swedish school!
Posted by Ulf Raynor at 5:43 PM