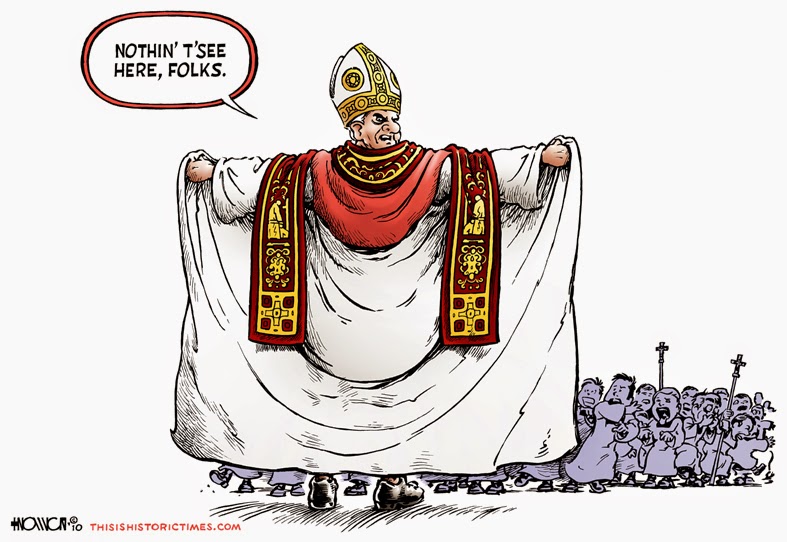 Reuters reports a Vatican document said on Monday that although no official change in stance will be made with regards to same-sex marriage, the Catholic church must learn to respect the positive aspects of gay couples.
The document, prepared after a week of discussion at a two-week synod of nearly 200 clergy, says gay people have “gifts and qualities to offer the Christian community.”
It reads: “Are we capable of welcoming these people, guaranteeing to them a further space in our communities? Often they wish to encounter a Church that offers them a welcoming home.
“Are our communities capable of proving that, accepting and valuing their sexual orientation, without compromising Catholic doctrine on the family and matrimony?”

John Thavis, a Vatican expert, has called the document “an earthquake” in the Church’s attitude towards same-sex couples.
“The document clearly reflects Pope Francis’ desire to adopt a more merciful pastoral approach on marriage and family issues,” he said.

Hear that?  We have "gifts and qualities" the church finds useful, that is, so long as we don't expect anything in return, they will be happy to use us like their bitches but still refuse to treat us as equals.

Again, exactly what I said they'd do, offer nothing and reiterating Catholic dogma, just covering the vitriolic bile with a sugar coating.

Nuthin to see here folks...move along.
Posted by Ulf Raynor at 4:30 PM

I hate Catlicks. They are evil and not to be trusted.