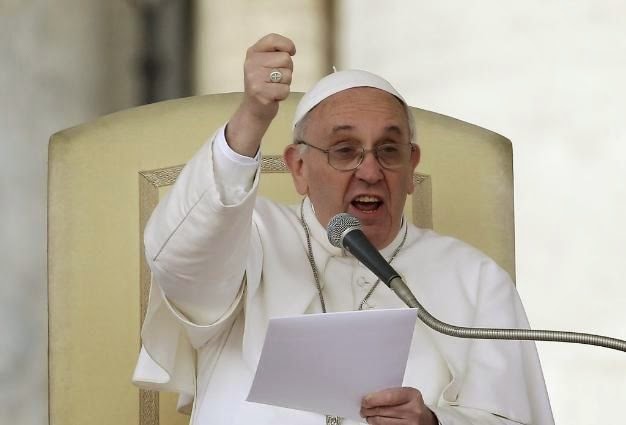 Following his usual strategy of doing and saying something completely homophobic and utterly none inclusive,  Francis feigns interest in the plight of trans people by giving a private audience to a trans man. (with lots of reporters around for publicity)
Just another Papal dog and pony show to help obfuscate his week long tirade against homos getting married and the furtherance of the churches anti-gay animus while trying to appear concerned about *disordered* Catholics.
Now make sure your a good little faggot and drop your 10% tithe in the collection plate after next Sundays mass so the Pope and the church can fund the next anti-gay rally/Republican candidate they want to sponsor.