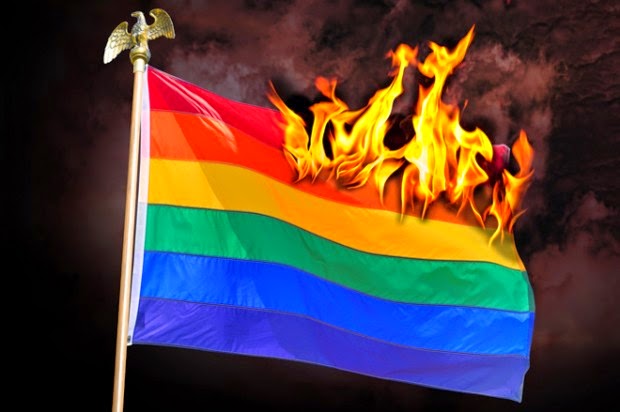 From Pink News:
Chris Smith, who represents New Jersey’s 4th district in the US House of Representatives, made the comments during Tuesday’s sitting of the House Foreign Affairs Subcommittee on Africa, a day when 12 men were reportedly arrested for attending an alleged same-sex wedding in Nigeria.
The Lesbian Gay Bisexual Transgender Caucus of the New Jersey Democratic State Committee blasted the comments, calling them “close-minded and “appalling”.
“It’s simple: LGBT rights are human rights. It’s shocking that Smith — or anyone in his position — would make such close-minded comments to the contrary,” said Chris Hillmann, LGBT Caucus Co-Chair.

“For a person in his position to dehumanize such a large segment of our society and to suggest that members of the LGBT community are creating hurdles for US diplomats is appalling on so many levels. Representative Smith should apologize for trying to pit some people’s human rights against those of others.”
The caucus said Mr Smith’s position is particularly offensive given that he serves as Chairman of the House Foreign Affairs’ Subcommittee on Africa, Global Health, Global Human Rights, and International Organisations —a “position from which human rights should be defended, not attacked.”
Ty Cobb, Director of the Human Rights Campaign, said: “On a day when 12 men were reportedly arrested for simply attending an alleged LGBT wedding in Nigeria … it is unconscionable that Representative Smith would not only object to the basic human rights of LGBT people, but argue that their rights should not be part of the administration’s policy in Nigeria.”
New Jersey LGBT activist Jay Lassiter framed the anti-gay Congressman's comments, noting that in "Chris Smith’s world we don’t construe gays rights with human rights, but we do conflate supporting gays with somehow enabling terrorism."
It should be of interest that Rep. Smith received $10,000 from the anti-gay hate group Family Research Council in the 2014 election cycle.

The very notion that his man was appointed by the GOP to serve as the chairman for Global Human Rights, is a disgrace and representative to everything that is wrong with the Republican party.
The GOP is doing exactly as I expected, which is the systematic dismantling of ever LGBT gain over the last 6 years...make note, it's only been one month since they have assumed control of the Congress...imagine what damage they can do over the next 23 months before the elections in 2016.
Buckle up bois and girls, it's gonna be a bumpy ride.
Posted by Ulf Raynor at 7:56 PM

I'm ready to be on the front lines to help prevent them from taking away our rights. I haven't been as fired up to protect our rights since the late 80's early 90's when I was with Act UP. As I've always said,bring on the hate I got love on my side.