'Lesbian,' 'bisexual' and 'transgender' said for first time in historic state of the union address 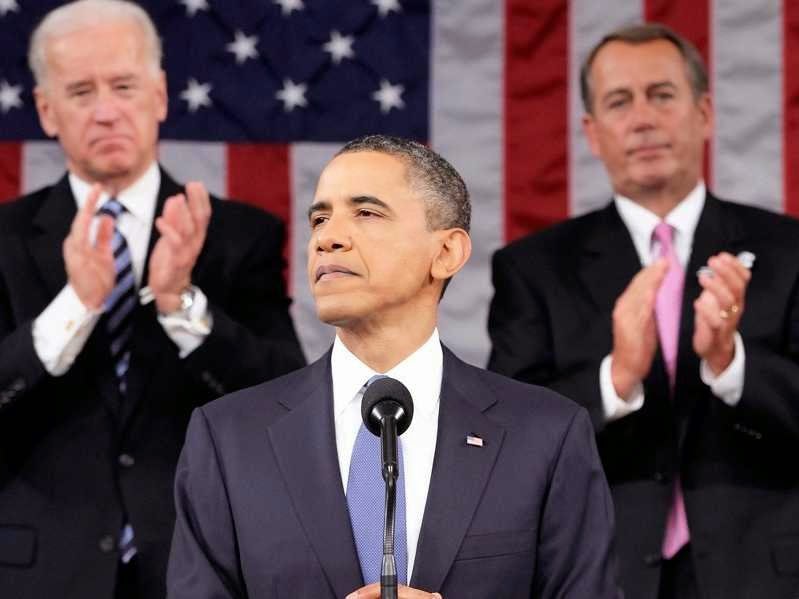 US president Barack Obama made history today (21 January) by saying the words 'lesbian,' 'bisexual' and 'transgender' for the first in a state of the union address.
The president that said he pushed for LGBT rights because 'as Americans, we respect human dignity.' 'That’s why we defend free speech, and advocate for political prisoners, and condemn the persecution of women, or religious minorities, or people who are lesbian, gay, bisexual, or transgender,' he said.
'We do these things not only because they’re right, but because they make us safer.' The president went on to call gay marriage a 'civil right,' just days after the Supreme Court announced it would rule whether gay marriage bans were constitutional in spring. 'I've seen something like gay marriage go from a wedge issue used to drive us apart to a story of freedom across our country, a civil right now legal in states that seven in 10 Americans call home,' he said.
Posted by Ulf Raynor at 5:08 PM