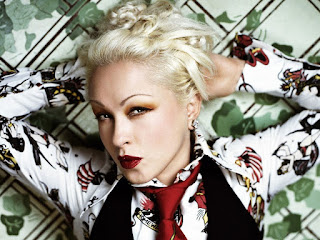 Cyndi Lauper doesn’t think near enough attention is being paid to the issue of LGBT youth homelessness during this election year in the US.
‘We need to make these kids our priority now,’ Lauper wrote in a column posted Wednesday (6 April).
‘If we don’t, where will they be in five, 10, 20 years?’
Lauper, co-founder of the True Colors Fund, which combats LGBT youth homelessness, points out while yet fewer than 7 percent of kids nationwide are LGBT, up to 40 percent of homeless youth identify as LGBT.
Her Fund has organized what they call #40toNoneDay on 27 April to raise awareness of this huge discrepancy.
‘We all need to put our heads together to make sure these young people can get support wherever they go — and be themselves when they get there,’ she wrote.
Lauper wants to see more support across the US and cites a few examples of those who are doing their part: A 24-hour diner owner in North Carolina who gives kids a place to stay when they have nowhere else to go and a library in Indiana that lets kids without a permanent address use computers to access lifesaving resources.

‘People often think that because they don’t work at a homeless shelter, they don’t have a role to play. The reality is: everyone can make a difference.’
Posted by Ulf Raynor at 4:39 PM