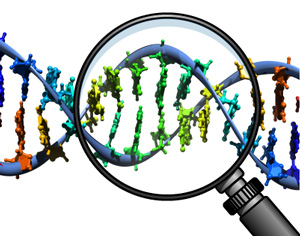 Why do gay people exist? In a world where a man and a woman is needed to make a baby, scientists have questioned for decades why homosexuality exists in thousands of different species.
New research suggests around half of all people could be carrying a ‘gay gene’, meaning homosexuality is passed down generations despite the tendency of gay people not having children.
‘This has helped homosexuality to be present among humans throughout history and in all cultures, even though homosexual men normally do not have many descendants who can directly inherit their genes,’ Giorgi Chaladze, of the Ilia State University in Georgia, said.
Using a computational model to look at the influence of genes and heredity on homosexuality, Chaladze tried to find out why genes associated with homosexuality don’t die out.
As straight men, unsurprisingly, are far more likely to have children than gay men, surely the genes connected with homosexuality should eventually become extinct?
But based on Chaladze’s calculations, published in the journal Archives of Sexual Behavior and reported by Science Daily, male homosexuality is maintained in a population at ‘low and stable frequencies’ if half of the men and roughly more than half of the women carry genes that predispose men to homosexuality.
Chaladze said: ‘The trend of female family members of homosexual men to have more offspring can help explain the persistence of homosexuality, if we also consider that those males who have such genes are not always homosexuals.”
‘The possibility that many heterosexual men are carriers can also explain why estimates of the number of men who have reported any same-sex sexual behavior and same-sex sexual attraction are much higher than estimates of those who self-identify as homosexual or bisexual.’
And, according to Chaladze, this might explain that non-homosexual male carriers might sometimes have an interest in homosexual behavior without identifying as gay.
Posted by Ulf Raynor at 5:08 PM