NBA reiterated its opposition to HB 2 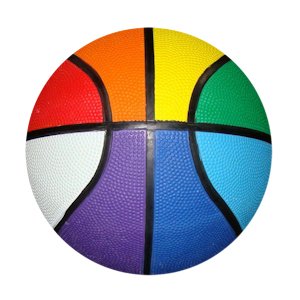 
“We did discuss the North Carolina statute at our owners meeting. There were no votes taken in the room, but it was unanimous among our owners that we stand united being against any form of discrimination for any group in our society.”
Opponents of the law, which restricts local LGBT protections and limits transgender people, including students, from certain bathrooms in state-owned facilities, have called on the NBA to move next year's All-Game Game out of Charlotte.
(Related: Charles Barkley: NBA should move All-Star Game from Charlotte over anti-gay bill.)
“There was no discussion of moving the All-Star Game. What the view in the room was, we should be working toward change in North Carolina,” Silver added.
Chad Griffin, president of the Human Rights Campaign (HRC), the nation's largest LGBT rights advocate, applauded the NBA for taking a strong stand against the law.
“Today, the NBA reiterated its opposition to HB 2 and made crystal clear this law threatens the 2017 All-Star Game in Charlotte,” Griffin said in a statement. “We thank the NBA and Commissioner Silver for standing strong in support for the equal dignity of all North Carolinians and for continuing to advocate for the repeal of this hateful and draconian law.”
Posted by Ulf Raynor at 6:17 PM