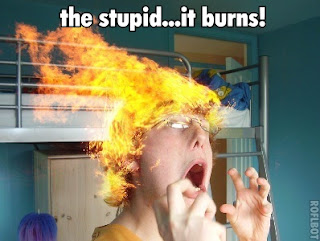 From Pink News:
The Governor of Mississippi has claimed that without his anti-LGBT law in place, churches would be forced to close.
The Governor of Mississippi Phil Bryant signed a new law earlier this month that enables discrimination against LGBT people – ignoring pleas from business leaders in the state.
The law goes even further than most – even permitting people to discriminate based on sexual orientation in “any employment-related decision” and “any decision concerning the sale, rental, [or] occupancy of a dwelling” as long as it’s based on “sincerely held religious belief or moral conviction”.
The law has potentially devastating impacts for LGBT people in life, employment and housing – but Governor Phil Bryant insists churches would be open targets without it.

He told the evangelical American Family Radio: “This is about the churches.
“The next stop will be American Family Radio and it will be Mississippi College, it will be St. Dominic’s Hospital as lawsuits will be filed; it will be churches where pastors can say, ‘I can’t perform that ceremony’.
“Lawsuits will be filed, it will go to a federal court and the federal court will say, yes, they should be a protected class, those who choose to marry and want to be married in the church and that church might lose its tax-exempt status and they’ll have to close.
“And church after church after church across this country will close.”
PinkNews is aware of exactly zero recorded cases anywhere in the world of a church being forced to close because of  gay weddings… and we’ve looked really hard.
But the Governor continued: “We think people of faith have rights.
“I know that’s a strange notion, but we believe the scales of justice must be balanced for those people of faith and those that have other ideas about their desires in life.
“And that’s what the scales of justice must do is be balanced and we believe that this is a step in protecting the civil liberties of people of faith just as the First Amendment of the Constitution does.”
Of course, it might be pretty hard to force a church in Mississippi to do anything these days, let alone close down.
Last week Governor Bryant signed a law that grants churches the right to form their own heavily-armed militia for security purposes.
Posted by Ulf Raynor at 5:39 PM

Is there no end to this religious bullshit????