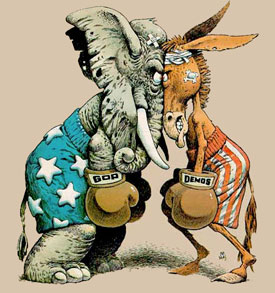 Four Democratic members of the North Carolina House plan to introduce a bill Monday that would repeal a controversial law that targets the LGBT community.
Representatives Darren Jackson, Graig Meyer, Susi Hamilton and Grier Martin will hold a joint press conference at 11 A.M to discuss their legislative proposal.


House Bill 2 was a knee jerk reaction to passage of an LGBT protections bill in Charlotte. Lawmakers approved and Republican Governor Pat McCrory signed the bill during a one-day special session. It repealed Charlotte's ordinance and blocked other cities from enacting similar measures. It also bars students attending public institutions from using the bathroom that does not conform to their gender at birth.
The law spurred companies, politicians and artists to speak out. PayPal and Deutsche Bank have halted expansion plans in North Carolina, while several cities and states have instituted non-essential travel bans to the state, the latest being Los Angeles. Cirque du Soleil, Pearl Jam and Boston are the latest artists to cancel shows in North Carolina to protest the law.

“The damage to NC's reputation and economy has been swift and is growing exponentially,” the North Carolina Democratic Party said in a statement. “House Bill 2 is bad for all NC citizens and it is bad for all NC businesses.”