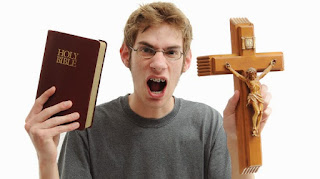 Donald Trump, the Republican Party's presumptive nominee for the White House, is expected to announce a religious advisory board this week.
According to The Wall Street Journal, the board, which could include as many as 30 leaders, is likely to include televangelist Paula White, Liberty University President Jerry Falwell, Jr., Southern Baptist pastor Robert Jeffress, Faith and Freedom Coalition founder Ralph Reed, Student Leadership University President Jay Stack, and the current and past presidents of the Southern Baptist Convention, Ronnie Floyd and Jack Graham, respectively.


Trump is expected to meet privately with hundreds of religious leaders on Tuesday in New York City.
All of the candidates listed by the Journal oppose LGBT rights. The announcement comes as Trump continues to assert that he's a better friend to the LGBT community than Hillary Clinton, his Democratic rival.
Jeffress has warned that gay rights will “pave the way for the future world dictator, the Antichrist,” while Floyd once said that Satan is using the “gay lifestyle” to destroy cultural values. Graham recent said that “the LBGT [sic] promotes a godless agenda” and has previously encouraged officials to ignore the Supreme Court's finding that gay and lesbian couples have a constitutional right to marry.
Posted by Ulf Raynor at 6:24 PM