'You don’t want to mess with us' 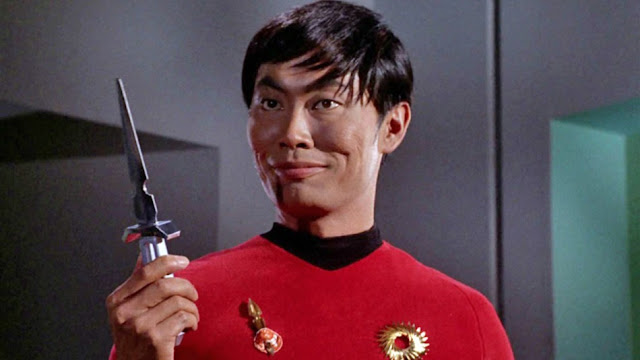 Longtime LGBT activist George Takei penned a powerful letter on how the LGBT community can actually help push for better gun laws in America following Sunday’s mass shooting at Orlando gay nightclub Pulse which left over 100 killed and injured.
In his published article on The Daily Beast, the 79-year-old former Star Trek actor suggests that ‘the next chapter of LGBT history might not be just about the struggle to gain equality for ourselves’ but also how we might help lead America towards better laws that actually protect innocent lives against gun violence.
On Sunday’s tragedy, Takei describes it as a clash of the First Amendment and the Second Amendment.
He writes: ‘For the average American, it is the First Amendment that articulates many of our most basic and fundamental civil rights: freedom of speech and of worship, but also of assembly and association. On Sunday, the latter two rights came under direct assault for the LGBT community.’
Takei urges for laws that address semi-automatic weapons, which are the choice used by recent mass shooters.
‘Somewhere between a protective home handgun and a machine gun-toting terrorist lies the harder question of what to do about the rest, such as the semi-automatic weapons of choice used by recent mass killers,’ he explains.
He also calls for the LGBT community to rise up to the challenge and fight for better protection for all of America’s citizens.

‘Like it or not, this history and this obligation have been thrust upon us, and we must now rise to its challenge,’ he says.
‘For if there is one group in this country with more will, more experience, and more tenacity than the NRA, it is the LGBT community.’
And his final word to the NRA? ‘You don’t want to mess with us.’
#WeAreOrlando
Posted by Ulf Raynor at 3:40 PM

I definitely want one!!