The Most Dangerous Man In The World 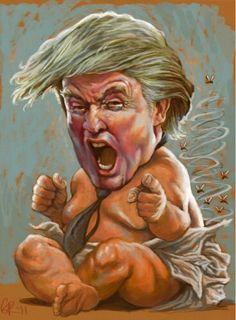 Donald Trump told CNN that the Orlando mass shooting which happened early Sunday morning at gay nightclub Pulse wouldn’t have been as bad if the clubgoers had been armed.
‘If you had some guns in that club the night that this took place, if you had guns on the other side, you wouldn’t have had the tragedy that you had,’ Trump told CNN’s Alisyn Camerota in a phone interview on Monday.
‘If people in that room had guns with bullets flying in the opposite direction right at him… right at his head, you wouldn’t have had the same tragedy that you ended up having.’
When Camerota tried to mention that an off-duty officer was at the club when the shooting happened, Trump did not respond to the comment but continued with a reiteration:
‘If you had guns in that room, if you had – even if you had a number of people having them strapped to their ankle or strapped to their waist, where bullets could have flown in the other direction right at him, you wouldn’t have had the same kind of tragedy.’

Using Trumps logic, if every kid at Sandy Hook had been armed to the teeth, they wouldn't have been senselessly slaughtered.
Donny is not only a threat to America, but the whole fucking world!
Posted by Ulf Raynor at 3:23 PM