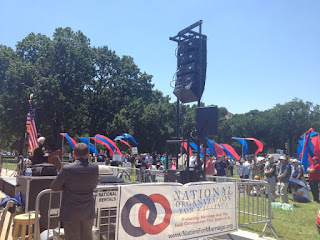 The National Organization for Marriage (NOM) on Saturday held its annual March for Marriage.
This year's event was the first since the U.S. Supreme Court found that gay and lesbian couples have a constitutional right to marry. The case, Obergefell v. Hodges, celebrates its one year anniversary on Sunday.


Despite months of promotion by NOM, the event drew a low turnout. According to ThinkProgress' Zack Ford, 237 people – including infants, journalists and curious onlookers – were counted in attendance.
Leading the march to the steps of the Supreme Court was NOM President Brian Brown.
In speaking to the crowd, Brown compared marriage equality to slavery. In a blog post to promote this year's March for Marriage, NOM said that it had “an aggressive plan to fight back against the Supreme Court's profoundly unjust and unprincipled decision,” but the group provided no details. 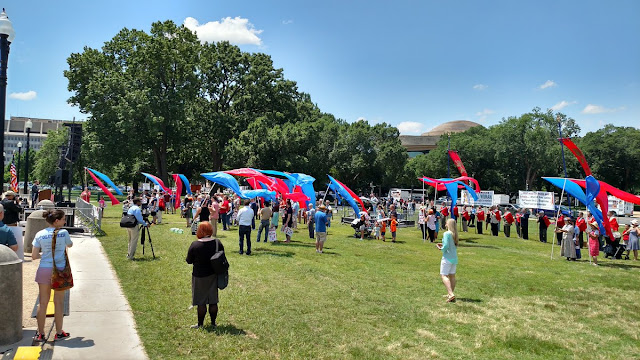 Normally, I'd have something to say about this, but, I'll just let the pictures say it for me.