Man who texted mom from Pulse restroom among the confirmed dead 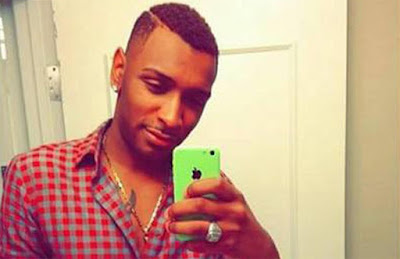 Fifty people have been confirmed dead in the mass shooting that took place in the early hours of Sunday morning at LGBT venue Pulse in Orlando, Florida.
Police are continuing to release the names of the victims of Omar Mateen’s deadly rampage after relevant next-of-kin have been informed.
It’s now been confirmed that among the dead was 30-year-old Eddie Jamoldroy Justice.
Justice’s mother featured on many early news reports about the massacre as Justice had texted his mom, Mina, as the shootings began, urging her to call the police.
‘Mommy I love you. In club they shooting.’
The two continued to text one another for around an hour, as Eddie attempted to hide with others within the venue.
His final texts to her said that he was hiding in the restroom with others.
‘Call them mommy … Now’
‘I’m tell I’m bathroom’
‘He’s coming … I’m gonna die’
‘Still here in bathroom. He has us. They need to come get us. Hurry. He’s in the bathroom with us. … He’s a terror’
His mom asked him shortly later if he was still in the bathroom and he replied ‘Yes’. She did not hear from him again and spent hours yesterday attempting to find out what had happened to her son.
‘His name has not come up yet and that’s scary,’ she told reporters. ‘It’s just, I got this feeling. I got a bad feeling.’
She told reporters Eddie, who worked as an accountant, was normally a homebody who like to eat and work out. He lived in a condo in downtown Orlando.
‘Lives in a sky house, like the Jeffersons, The Telegraph reports her saying proudly. ‘He lives rich.’
Mina Justice did not hear from her son again.
His name was the ninth to be confirmed among the dead.
Posted by Ulf Raynor at 6:16 AM

i had been following this, hoping against hope that somehow he was lost in the shuffle. but since she hadn't heard from him, i knew this was the result. this whole thing is senselessly tragic

Sad-Sad-Sad-- and as further news is revealed about this murderer it turns out he was a frequent visitor to Pulse over a period of at least three years-- honey when a drag queen recognizes him as a regular and then he plans and executes this senseless crime, and he sends a message to the terrorists and leaves his "beloved " son fatherless you cannot label it simply a hate crime against the LGBT community--he hated himself--and we were the victims of his screwed up mentality--in two words--SHE CRAZY. He was a sociopath-and there is no rational explanation for their behavior.. Too many angles and unanswerable questions. God bless everyone of those who died--immediate angels.