Anglican Arch Bishop Donates 1 Mil To Defeat Gay Marriage In Australia Instead Of Helping The Poor And Sick. 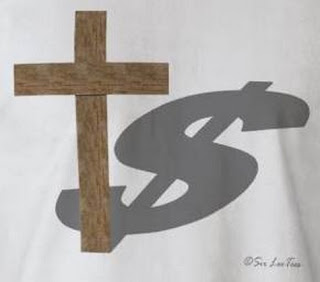 The Anglican Church donated $1million (£595,000 €668,000) to support the campaign against same-sex marriage in Australia.
This is the same Church that historically broke away from Catholicism because King Henry VIII wanted to redefine marriage and legally divorce his wife.

But now redefining marriage to include same-sex couples seems completely out of the question…
Archbishop Glenn Davies said allowing same-sex marriage would have ‘irreparable consequences.’
In a speech, he said: ‘Brothers and sisters, the stakes are high and the cost is high.
‘Yet the cause is just and it is a consequence of our discipleship to uphold the gift of marriage as God has designed it – a creation ordinance for all people.
‘I believe that a change in the definition of marriage is unwarranted, not just because it is in opposition to the teaching of scripture… but because I believe marriage, traditionally understood as a union of one man and one woman, is a positive good for our society, where marriage and the procreation of children are bound together as the foundational fabric of our society, notwithstanding the sad reality that not all married couples are able to conceive.

‘Moreover, I consider the consequences of removing gender from the marriage construct will have irreparable consequences for our society, for our freedom of speech, our freedom of conscience and freedom of religion,’ he said.
Archbishop Davies also commented on Anglican Churches veering away from scripture teachings.
The Anglican Church does not support same-sex marriage in Australia, but the Scottish Episcopal Church recently just allowed same-sex marriages for the first time.
Davies said: ‘The Scottish Episcopal church has already decided to take this perilous path. It is likely that Canada and the US will soon change their canons to follow suit.’
As of 20 July, St Mary’s Cathedral in Glasgow is taking bookings from same-sex couples. This is following a decision earlier this year in the Scottish Episcopal Church’s General Synod.
Very Rev Kelvin Holdsworth told Gay Star News: ‘I’m a gay priest and we march in Pride every year.

‘St Mary’s was one of the first places to campaign for same-sex marriages in the church in Scotland,’ he said.
He said: ‘It is hugely exciting to open up wedding services to all couples who want to get married.
‘I want to live in a world where same-sex couples can feel safe walking down the street hand-in-hand. In which they can feel joy walking hand-in-hand down the aisle of a church too,’ he said.
Posted by Ulf Raynor at 3:07 PM