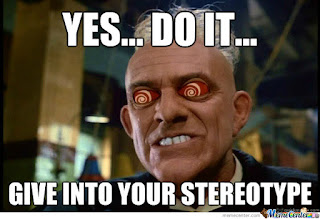 A judge has resigned from the bench because he doesn’t want to oversee same-sex adoptions.
Judge Mitchell Nance, who presides over family court in Kentucky’s 43rd Judicial District, caused a storm earlier this year after he banned cases involving gay families from his courtroom.
Judge Nance’s order registered an “conscientious objection to the concept of adoption of a child by a practicing homosexual”, seeking to recuse himself from such cases on the grounds of “matters of conscience”.
The judge claimed he cannot hear the cases because he believes there is no circumstance in which “the best interest of the child would be promoted by the adoption by a practicing homosexual”.
But after a probe was launched into his decision, this week the judge opted to resign from the bench entirely.
The state judicial commission had filed ethics charges against Nance, accusing him of violating the judicial code of conduct.

This bars judges from overtly “showing bias or prejudice based on race, sex, religion, national origin, disability, age, sexual orientation or socioeconomic status”.
He was also accused of failing to act in a way that “promotes public confidence in the integrity and impartiality of the judiciary”.
Responding to the charges this week, Nance’s lawyers confirmed that he would be resigning rather than face punishment.

His resignation will be effective December 16, according to the Lexington Herald Leader.
The complaint against the judge was pursued by the Fairness Campaign, a Kentucky LGBT group. It was joined by Lambda Legal, the American Civil Liberties Union, the ACLU of Kentucky and University of Louisville Law Professor Sam Marcosson.
Speaking to the Herald Leader, Chris Hartman of the Fairness Campaign said: “I think that we’ve got justice here
“Judge Nance has proven he cannot be entrusted with decisions that affect his diverse constituency and their families.
“I hope it sends a message that fairness and justice must be applied equally, and that judges whose conscience conflicts with their duties must resign the bench if they cannot deliver that basic fairness and justice.”
The judge had insisted previously that he had not discriminated against gay couples because the order was “preemptive”.
The judge explained he wanted to make clear in advance that he would not take such cases, adding: “It’s preemptive in nature… I wanted to preempt there from being any uncertainty if the situation arose.”
Judge Nance was backed by anti-LGBT groups.

The anti-LGBT Family Foundation of Kentucky said: “If we are going to let liberal judges write their personal biases and prejudices into law, as we have done on issues of marriage and sexuality, then, in the interest of fairness, we are going to have to allow judges with different views to at least recuse themselves from such cases.
“When adoption agencies abandon the idea that it is in the best interest of a child to grow up with both a mother and a father, people can’t expect judges who do believe that to be forced to bow the knee.”
The group insisted the judge was correct to “recuse himself if he believes his views might bias a cas.
It added: “We can’t imagine how the groups now trying to unseat him claim to be in favor of tolerance and diversity while at the same time trying to hound from office public officials who don’t agree with their politically correct ideology.”
“If the Judicial Ethics Commission rules against Nance, it will be the second time in recent months which it has ruled against a judge for doing what the law requires judges to do.”

I have to wonder if the Family Foundation of Kentucky would feel the same if the judge had a conscientious objection in placing a child with an evangelical Christian parent because of the potential psychological damage they could do to a child if that child turned out to be gay.?
Seriously doubt it.
BTW, show of hands those who read this blog, that consider themselves to just be practicing being gay?
As for me, I'm a fucking expert!
Posted by Ulf Raynor at 5:20 PM

I'm a fucking expert too.