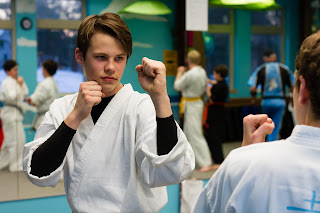 Anxious about an armed far right, an LGBT group in Rochester, New York is taking up arms.
The group Trigger Warning Queer & Trans Gun Club meets once a month to shoot long guns.


“We have each other's backs,” gun club member Lore McSpadden told the AP. “We're acknowledging our fear of a world in which conservatives are the only ones who are armed.”
Events such as this summer's white supremacist rally in Charlottesville, Virginia and the burning of two rainbow flags in Rochester after the election of President Donald Trump convinced some members of the LGBT community to take up arms.
“Often queer people are thought of as being weak, as being defenseless,” another gun member, Jake Allen, said. “And I think in many ways this pushes back against that. I want white supremacists and neo-Nazis to know that queer people are taking steps necessary to protect themselves.”
According to the AP, other left-leaning gun clubs have seen their numbers increase since the election.
But Scott Fearing, executive director of Out Alliance, warned against an arms race.
“Death and destruction and harm and hurt can come when so many people have arms and weapons,” Fearing said.
Though I understand the pacifist leanings of Mr. Fearing and in a sane America, I would agree with him, but we aren't facing people with a peaceful agenda, their leaders are calling for our heads and I for one am not so inclined to go back in the closet or give up my peace of mind and safety to appease that mindset.
Instead, I encourage every LGBT person to learn how to defend themselves and their loved ones, hopefully you'll never need to, but it doesn't hurt to be prepared.
Posted by Ulf Raynor at 6:40 PM