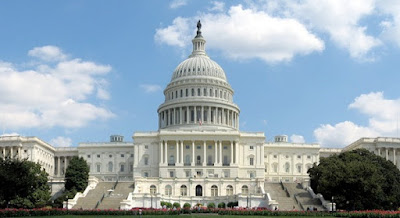 The US Senate has condemned the violence against LGBT people in Chechnya.
This means the entire US Congress has now unanimously spoke out against the atrocities.
The Senate last night (30 October) adopted a resolution condemning what is happening to LGBT people in Chechnya.
The US House of Representatives passed a similar bipartisan resolution in June.
Neither President Trump or US Secretary of State Rex Tillerson have publicly spoken out against the situation.
It is reported Tillerson had written a letter to Russian Foreign Minister Sergei Lavrov. However the letter has not been released publicly.
GLAAD President and CEO Sarah Kate Ellis called on President Trump to ‘speak out in support of human rights and against the anti-LGBTQ violence in Chechnya’ in April.
The Director of HRC Global, Ty Cobb, said: ‘With unanimous passage of this resolution, the U.S. Senate just sent a powerful message.
‘Despite the deafening silence from the White House, the people of the United States strongly condemn these anti-LGBTQ attacks in Chechnya,
‘Members of both parties in both chambers have now condemned the anti-LGBTQ Chechen violence and persecution. It’s far past time that President Trump and Secretary Tillerson also publicly do so.

‘Given the growing violence and arrests of LGBTQ people around the world, the United States must not back away from leading on LGBTQ human rights.’
Senators Pat Toomey and Ed Markey introducing the bipartisan Senate Resolution (S. Res.) 211.
The resolution ‘calls on Chechen officials to immediately cease the abduction, detention, and torture of individuals on the basis of their actual or suspected sexual orientation. And hold accountable all those involved in perpetrating such abuses.’
It also calls on the US government to ‘continue to condemn the violence and persecution in Chechnya.’
Chechen authorities began rounding up and detaining more than 100 men in secrets prisons earlier this year, under suspicion that they are gay or bisexual.
Stories have also begun to emerge of lesbian women experiencing abuse and threats.

Trans Chechens have fled the country.
Posted by Ulf Raynor at 5:41 PM