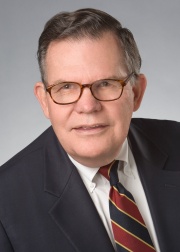 A San Diego county clerk has filed a lawsuit arguing that California's gay marriage ban, Proposition 8, is still valid.
Ernest Droneburg's petition, filed Friday with the California Supreme Court, claims that a state directive ordering clerks to issue marriage license to gay and lesbian couples does not apply to him.
Proposition 8 tumbled after the Supreme Court ruled that interveners lacked standing to defend the law, leaving in place a 2010 circuit court ruling declaring it unconstitutional.
Within days after the Supreme Court ruled, the Ninth Circuit Court of Appeals lifted its stay in the ruling, allowing same-sex marriages to resume in California. On June 28, Governor Jerry Brown and Attorney General Kamala Harris, both Democrats, ordered clerks in all 58 counties to resume issuing marriage licenses to gay couples.
In a lawsuit filed last week, Protect Marriage, the group that sponsored the 2008 amendment, argues, among other things, that Brown does not have the authority to end enforcement of Proposition 8 and that the 2010 ruling only applies to the two counties where plaintiffs live, not the entire state.
“On the one hand, respondents have ordered him not to enforce state law and are threatening to punish him if he does not comply with that order,” Dronenburg's lawyers wrote in their filing. “On the other hand, petitioner has an independent statutory obligation to enforce California law defining marriage as a union of a man and a woman.”
Dronenburg has asked the court to block the state directive until the lawsuit is settled.
California Attorney General Kamala Harris immediately issued a brief and stern response which essentially quashes Dronenburg's petition.

"The filing offers no new arguments that could deny same-sex couples their constitutionally protected civil rights. The federal injunction is still in effect, and it requires all 58 counties to perform same-sex marriages. No exceptions."