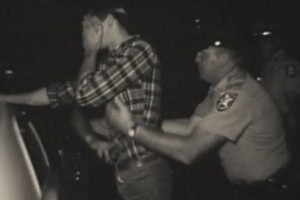 From On Top:
Police in Baton Rouge, Louisiana are arresting gay men for agreeing to consensual sex.
Stings being carried out by a Sheriff's Office task force mainly in Manchac Park, which is known as a cruising area for gay men, have resulted in at least a dozen such arrests since 2011.
Men who agree to have sex with undercover officers are arrested for violating the state's crimes against nature laws, the Baton Rouge Advocate reported.
A July 18 arrest involved a 65-year-old man who was handcuffed after he agreed to follow a deputy to a nearby apartment to have sex.
“There had been no sex-for-money deal between the two. The men did not agree to have sex in the park, a public place. And the count against the man was based on a part of Louisiana's anti-sodomy law struck down by the U.S. Supreme Court a decade ago,” the paper wrote.
That is, the man was arrested for merely agreeing – not participating – to consensual sex with another man.
The Sheriff's Office defended the sting operations.
“This is a law that is currently on the Louisiana books, and the sheriff is charged with enforcing the laws passed by our Louisiana Legislature,” Spokeswoman Casey Rayborn Hicks said. “Whether the law is valid is something for the courts to determine, but the sheriff will enforce the laws that are enacted.”
“The issue here is not the nature of the relationship but the location,” she added. “These are not bars. These are parks. These are family environments.”
“The whole procedure of being arrested and being brought to jail is just intimidation,” a man who was arrested two years ago said.
Metro Councilman John Delgado chided Sheriff Sid Gautreaux, saying that he owed an apology to the men arrested.
“You cannot simply hide behind not knowing that the law had been changed by the U.S. Supreme Court decision in 2003,” Degaldo reportedly wrote in an email to the sheriff's office. “The sheriff's actions are a violation of the civil rights of these men under the 5th and 14th Amendments. Ignorance of the law is no excuse … Doesn't your office tell people that all the time?”
I have a different take on this, did male officers approach females in the park for sex?
Where there female officers propositioning men for sex in the park?
No, they did not.
I view this as a hate crime committed by the sheriffs department and they should be prosecuted for this abuse of authority.