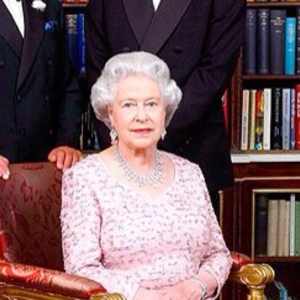 Queen Elizabeth II gave her royal approval to Britain's gay marriage bill on Wednesday.
The queen's royal assent was first announced in the House of Commons, followed by the House of Lords.
“Let the Royal Proclamation be heard: Go forth and put a ring on it!” tweeted Richard Lane of the gay rights group Stonewall UK.
The law makes Britain the 15th nation to legalize gay nuptials and follows close on the heels of France.
Unlike France, Britain did not see any mass protests in the streets.
However, opponents have vowed to use the issue in the upcoming general election. The Coalition for Marriage, the nation's most vociferous opponent, said that passage of the bill would “come back to bite” Prime Minister David Cameron in 2015.
A spokesperson for the culture ministry, which is overseeing the new law, said that the law won't take effect until next summer. Gay rights groups vowed to lobby for an earlier start. Stonewall UK said that it was looking at January.
“[T]here are various issues to sort out, such as its impact on pensions,” a spokesperson for the culture ministry told the AFP.
Efforts are already underway in the United Kingdom's Scotland and Northern Ireland to approve a similar law. Supporters said passage in England and Wales would give momentum to those proposals.
My heartfelt congrats to all my British friends.
I better be getting some wedding invites or I'm gonna be seriously pissed! (I'm all about free beer)
Much love and happy thoughts go out to all.