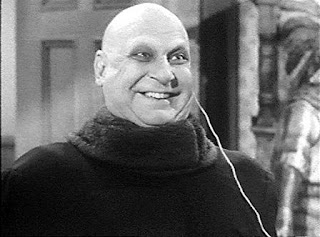 From The Towleroad:
Many of you have no doubt been busy celebrating July as the first annual "Ex-Gay Pride" month sponsored by organizations such as Focus on the Family and the Family Research Council. Unfortunately, due to some apparent "anti-ex-gay extremism" causing "several security threats," it appears that the big public events planned around this month's celebrations have been either cancelled or postponed until September. A statement from Christopher Doyle (pictured right) with the anti-gay umbrella organization Voice of the Voiceless had this to say:

Due to some anti-ex-gay extremism that has occurred since we first announced Ex-Gay Pride 2013, the July 31 Lobbying Day on Capitol Hill and Evening Dinner/Reception at the Family Research Council has had to be moved and postponed to an undisclosed location in September. The harassment has caused several security threats which has forced us to change plans, and that is unfortunate.
On the bright side, this harassment and anti-ex-gay extremism has reminded us just how intolerant some individuals and organizations are about the existence of ex-gays and former homosexuals. So much so, that we believe it is necessary not only to hold events in July for Ex-Gay Pride, but also to declare September as the First Annual Ex-Gay Awareness Month. Ex-Gay Awareness Month in September will be a time to reflect on the discrimination and marginalization that former homosexuals and ex-gays experience in the public at large.
Truth Wins Out's Wayne Besen, however, scoffed at the notion of any "extremism" or alleged "security threats" from pro-LGBT supporters:

"There was never going to be an actual 'Ex-Gay Pride Month' because ex-gays are as rare as the Dodo bird," said TWO's Executive Director Wayne Besen. "They simply could not find real 'ex-gays' to participate and had to cancel to save face. This was nothing but a desperate publicity stunt intended to revive a failing industry that has repeatedly embarrassed anti-gay organizations....we challenge Doyle to come forward and release the names of LGBT activists and organizations that allegedly jeopardize his organization's security. Until concrete allegations are made, we can only assume Doyle is making an excuse for his organization's abject failure to produce a viable Ex-Gay Pride Month event."
Be sure and mark your September calendars for all the exciting 'ex-gay' events that are sure to be cancelled or rescheduled once again!
I have no doubt that they couldn't muster enough ex-gays for a good showing, but I'm betting, considering the who's who list of anti-gay folks expected to headline the event (Bachmann, Perkins and many other hate mongers) it was more like these folks just didn't want to be near so many fags, ex or otherwise.
Ya know, I hear it's contagious!