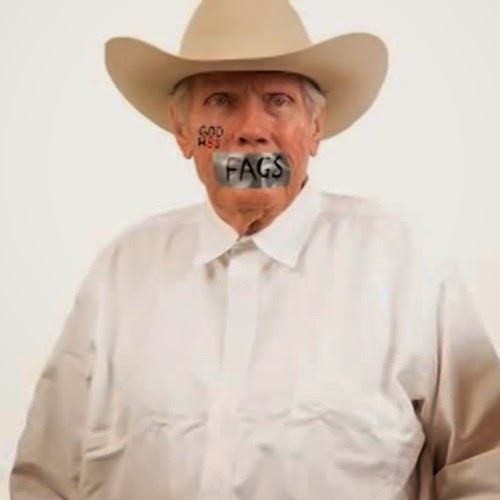 Fred Waldron Phelps Sr., who founded the anti-gay Westboro Baptist Church in the 1950s, has died. He was 84.
Margie Phelps said her father died on Thursday but did not disclose the cause of death.


On Sunday, Phelps' estranged son Nate Phelps said in a Facebook post that his controversial father was excommunicated from the church last August and was living in a hospice house in Topeka.

As I understand it, his own daughter and the rest of the WBC (who excommunicated Fred from his own church) shall be picketing his funeral, saying he was a fag enabler.
Rather fitting methinks.
Posted by Ulf Raynor at 7:24 PM