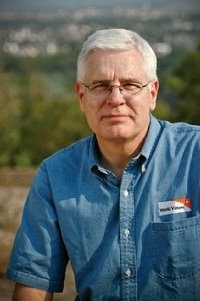 World Vision, an Evangelical Christian charity founded in 1950, announced Monday that it will hire married gay Christians.
“World Vision's American branch will no longer require its more than 1,100 employees to restrict their sexual activity to marriage between one man and one woman. Abstinence outside of marriage remains a rule. But a policy change announced Monday will now permit gay Christians in legal same-sex marriages to be employed at one of America's largest Christian charities,” Christianity Today reported.


World Vision U.S. President Richard Stearns explained that the policy change was “not an endorsement” of marriage equality.
“We have decided we are not going to get into that debate. Nor is this a rejection of tradition marriage, which we affirm and support.”
“This is simply a decision about whether or not you are eligible for employment at World Vision U.S. based on this single issue, and nothing more,” Stearns said.
World Vision serves an estimated 100 million people in 100 countries.
Posted by Ulf Raynor at 6:59 PM