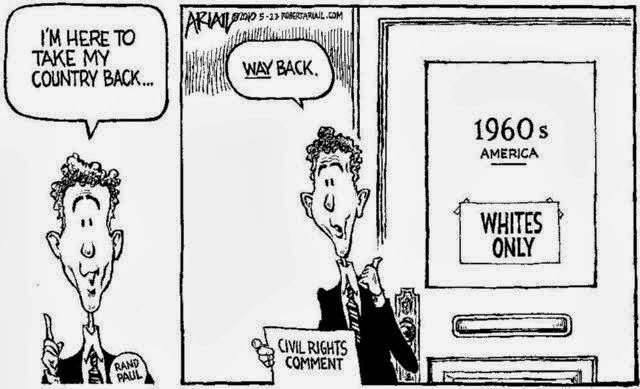 Kentucky Senator Rand Paul, a Republican, is hoping for a truce on gay marriage within the Republican Party.
Paul, who is often mentioned as a possible presidential candidate in 2016, made his remarks in an interview with Vocativ.com.


“I think that the Republican Party, in order to get bigger, will have to agree to disagree on social issues,” Paul said. “The Republican Party is not going to give up on having quite a few people who do believe in traditional marriage. But the Republican Party also has to find a place for young people and others who don’t want to be festooned by those issues.”
However, Paul reiterated that the debate should continue.
“On issues that are very contentious, that involve social mores – I think that allowing different parts of the country to make their decision based on the local mores and culture is a good idea. But when it comes to taxes and benefits, the [federal] government ought to take a neutral position – a way where marriage wouldn't have an effect, positive or negative, on those things.”

Of course Rand Paul is just being disingenuous, unless the GOP were willing to abolish all federal provisions on marriage like tax credits, hereditary laws etc, which I'm absolutely certain they will NOT be for.
Paul is just blowing smoke up possible fence sitter voters to lure them in, he is as anti gay marriage as the rest of the GOP, he just wants to trick people into voting on a newly acquired moderate stance, that is in truth, not moderate at all.
The cry for state by state vote is utter bullshit, since no one else gets to vote on peoples civil rights, why should we accept the GOP's insistence on letting the heterosexual majority vote on ours?
Fuck you Rand Paul and I hope your *chosen* political affiliation sucks you down with the rest of your party. 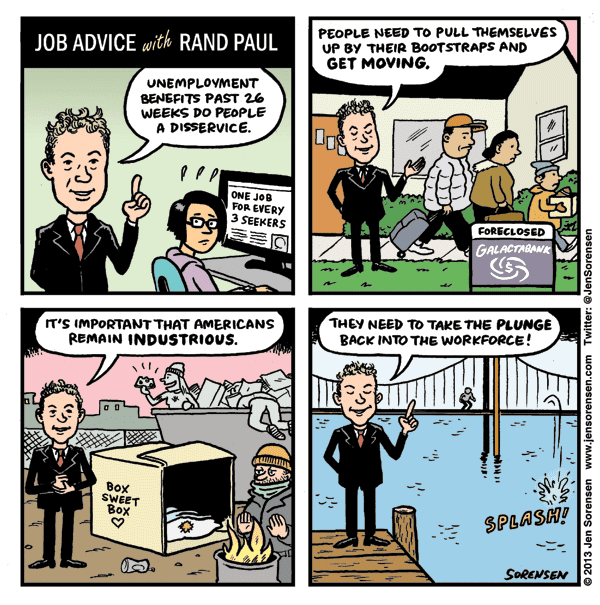 Your comment is !00% correct, he's just trying to get votes by lying.