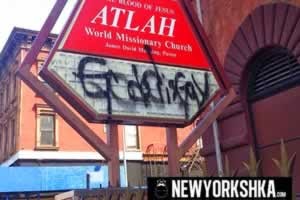 A Harlem, New York church known for its opposition to gay rights had its sign vandalized over the weekend.
Pastor James David Manning, who helms the ATLAH World Missionary Church, has gained notoriety with the proclamations he makes on his church sign.

The only thing I would say to this bigot, recount one verse where Jesus advocated stoning...ever!
James Manning, your gonna smoke a turd in purgatory for your lies, maybe you can smoke one from Fred Phelps ass. 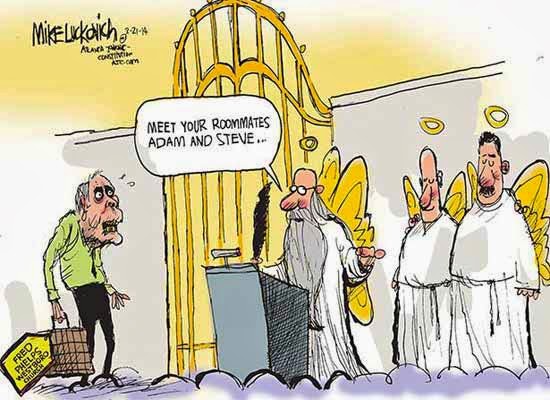 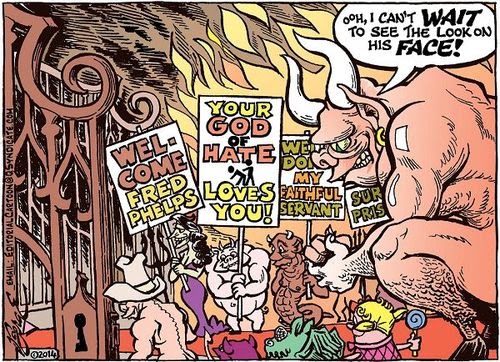 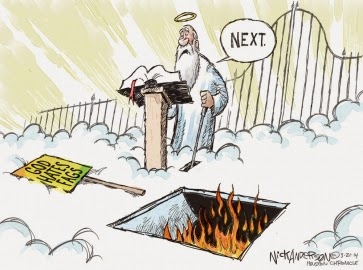