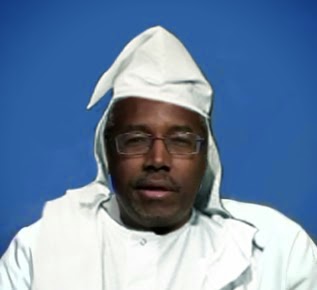 Dr. Ben Carson, a pediatric neurosurgeon at John Hopkins University and a conservative celebrity, on Saturday reiterated his opposition to gay marriage during a speech at the Conservative Political Action Conference (CPAC), an annual gathering of conservatives.
Last year, Carson stepped down as commencement speaker at the John Hopkins School of Medicine and apologized for comparing gay nuptials to bestiality and pedophilia during a Fox News interview. In his apology, Carson said that he was “saddened” that “my poorly chosen words caused pain for some members of our community and for that I offer a most sincere and heartfelt apology.”


At CPAC, however, Carson denied that he ever made the comparison.
“I still believe that marriage is between a man and a woman,” Carson said to applause. “Because I happen to mention that nobody gets to change the definition of marriage and mention some other categories they said, 'Carson said that gay marriage and bestiality are the same thing.' Well that's preposterous. Of course, they're not the same thing. Anybody who believes that is a dummy. But anybody who believes somebody who says that somebody said that is a dummy. That's the problem.”
“Of course, gay people should have the same rights as everyone else. But they don't get extra rights, they don't get to redefine marriage,” he added.

No Mr. Carson, what you did was lump homosexuals into a list of criminal behaviors and got called out on it;
you knew exactly what you were doing.
You made your comments during an appearance on Fox News' Hannity, and I quote:
“My thoughts are that marriage is between a man and a woman. It's a well-established, fundamental pillar of society, and no group, be the gays, be they NAMBLA, be they people who believe in bestiality – it doesn't matter what they are – they don't get to change the definition.”
Your a bigot Mr. Carson, plain and simple and if anyone is a *dummy* it's the fools who believe you have anything but animosity towards homosexuals....all you really need to really fit in at CPAC, is the white hood and the flaming cross.
Posted by Ulf Raynor at 6:29 PM

It's like all these hateful bigots have no clue about being able to look something up on the internet. They are as dumb as they are hateful.