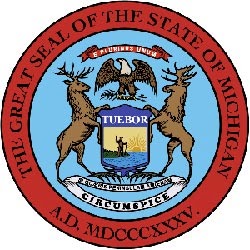 A federal judge on Friday struck down Michigan's ban on gay marriage following a two-week trial that ended on March 7.
“After reviewing the evidence presented at the trial, including the testimony of various expert witnesses, the exhibits, and stipulations, and after considering all of the legal issues involved, the Court concludes that the MMA [Michigan Marriage Amendment] is unconstitutional and will enjoin its enforcement,” U.S. District Judge Bernard A. Friedman wrote in his 31-page ruling.


Friedman said that the ban violated the Equal Protection Clause of the Fourteenth Amendment of the U.S. Constitution.
Plaintiff couple Jayne Rowse and April DeBoer challenged the state's 2004 voter-approved constitutional amendment limiting marriage to heterosexual couples. The women are raising three adopted children they were forced to adopt individually because state law only allows married couples to adopt jointly.
In defending the ban, the state argued that it was necessary to protect children.
“This is about … what's best for the children of the state of Michigan,” Kristin Heyse, an attorney for the state, said in her closing arguments.
The state also brought forth, as their top gun expert, Mark Regenerus.
Here's what the judge had to say about his testimony:
"The Court finds Regenerus's testimony entirely unbelievable and not worthy of serious consideration. The evidence adduced at trial demonstrated that his 2012 'study' was hastily concocted at the behest of a third-party funder, which found it 'essential that the necessary data be gathered to settle the question in the forum of public debate about what kinds of family arrangement are best for society' and which 'was confident that the traditional understanding of marriage will be vindicated by this study.' ... While Regenerus maintained that the funding source did not affect his impartiality as a researcher, the Court finds this testimony unbelievable. The funder clearly wanted a certain result, and Regenerus obliged."
Attorneys for the plaintiffs argued that gay couples make good parents.
“The witnesses are at the top of their fields,” Ken Mogill said. “They all know what they are talking about and don't try to put a spin on it.”
Posted by Ulf Raynor at 6:46 PM