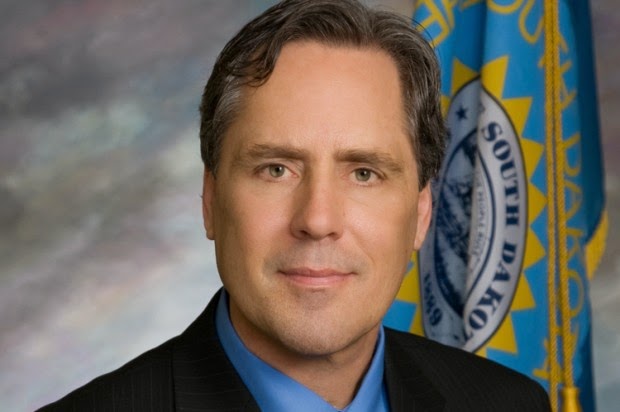 From Think Progress:
A Republican lawmaker in South Dakota believes that businesses should be able to deny services to African Americans, gay people, or anyone else who offends their religious beliefs.
Phil Jensen, who the Rapid City Journal describes as the state’s most conservative senator, argues that the government should get out of the way and allow the free market to shut down discriminatory businesses. Last session, he introduced a measure that would have allowed employers to turn away undesirable clients without any legal repercussions:


“It’s a bill that protects the constitutional right to free association, the right to free speech and private property rights,” he said.
Jensen goes so far as to say that businesses should have the right to deny service based on a customer’s race or religion – whether that’s right or wrong, he says, can be fairly addressed by the free market, not the government. “If someone was a member of the Ku Klux Klan, and they were running a little bakery for instance, the majority of us would find it detestable that they refuse to serve blacks, and guess what? In a matter of weeks or so that business would shut down because no one is going to patronize them,” he said.

The measure, Senate Bill 128, ultimately died in committee, after LGBT advocates and even some Republicans characterized it as “a mean, nasty, hateful, vindictive bill.”

Multiple states have defeated similar proposals, including Mississippi, Arizona, Ohio, Indiana, Georgia Kansas, Maine, Tennessee, and Idaho. Missouri is the only state that is still considering a similar measure.

Now, now, don't judge him so harshly, he's just probably coming down off his CPAC high.
All those GOP inspirational speeches from the very best of what the teabag Republicans have to offer, what else could you expect?
After all, he didn't take his office by force, he was voted in and shouldn't the majority get what they want by majority vote and legislation...state by state?